SKIP TO MAIN CONTENT
Free delivery on orders over £50
Search

Home About us Our Story
DEMEYERE – SURPRISINGLY SMART We love to be smart. And DEMEYERE is always remarkably smart – by adapting cookware technology to suit different cooking methods and with global innovations such as the superconducting InductoSeal base, temperature-controlling Controlinduc technology, the revolutionary Silvinox surface treatment, 7-PlyMaterial, unique welding technologies and many other innovations.
Jump To :

DEMEYERE is the benchmark for stainless steel cookware and induction cooking. The result is user-friendly, energy-saving and high-performance cookware. No wonder that DEMEYERE products are appreciated and recommended by professional chefs and home cooks all over the world. 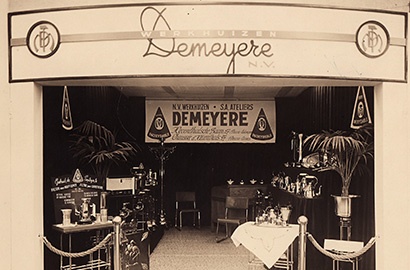 1908 was the year DEMEYERE was founded in Belgium. From a family business we have evolved into a global manufacturer for stainless steel cookware. And for over 110 years, we have been working on excellence, sustainability and innovation. Which leads us to another number: 30. Which relates to the 30-year guarantee we give to our customers, thanks to the high quality of DEMEYERE cookware. 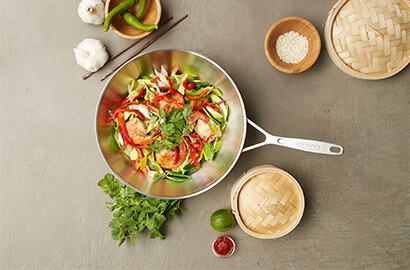 As pioneers in induction cookware, DEMEYERE developed specific materials to use on induction cooktops in the late 1970s. Thanks to DEMEYERE technologies like ControlInduc and TriplInduc®, cooking on induction is faster, safer and more easy to regulate than ever. And on top of that, it’s even more economical.

OVER 100 YEARS OF MADE IN BELGIUM

Usually DEMEYERE is especially future-oriented. But from time to time we love to look back - towards a great history and all the goals we have achieved.

Emmanuel Demeyere moved to Antwerp. The plumber and zinc worker was commissioned by the well-known biscuit company DeBeukelaer to apply his excellent skills to manufacturing tin boxes for the company.

His son, Maurice Karel Demeyere established himself as an independent entrepreneur in a property on the Appelstraat in the Borgerhout district, where the seeds of the current family business were sown.

From 1919 onwards Maurice picked up the business activities where his father had left off, along with his brother Willem. The Demeyere brothers gradually built up the company.

The brothers took over a failing household items firm and relocated Demeyere to the Herentalsebaan in the Deurne district.

The official establishment followed in 1922 of nv Demeyere & Zonen. Their father Emmanuel stayed on as an advisor to his sons until his death in 1927.

By 1931 the first printed catalog arrived with all the household items they manufactured at that time. This catalogue is still treasured as a precious object. It shows us all the diverse metal objects the company manufactured. Apart from the typical kitchen utensils such as kettles, coffee and tea sets, you can also find coal boxes, plant pots and smoker sets!

Maurits Emmanuel Demeyere graduated as an engineer and from then on, he adjusted the company’s direction once and for all into manufacturing household items. Maurits Emmanuel is the inventor of Silvinox®, a world exclusive in the field of surface treatment of cookware.

With Maurits Jan Demeyere, a third generation entered the company. Maurits not only followed the technical developments closely, he also had an eye for new trends. With a view towards the future he soon initiated a study into a new cooking technique, induction cooking, and developed many new technologies and products to ride the induction wave. The moment this revolutionary new cooking method broke through, DEMEYERE was ready.

Maurits opened a new factory (30,000 m2/7.5 acres) in Herentals, an Antwerp suburb, in response to the growing demand of household items.

Christophe Demeyere started working for the company. The master in economics and marketing is now the fourth generation of Demeyeres. He has led the company to higher growth and a more market(ing) oriented approach.

DEMEYERE was approached by ZWILLING J.A. Henckels. Both brands complement each other by always working to advance the market of cooking and lifestyle products.

The factory in Herentals was expanded with a new industrial hall and additional storage space while investments in further automation was intensified to keep production in line with the growing demand for DEMEYERE cookware. 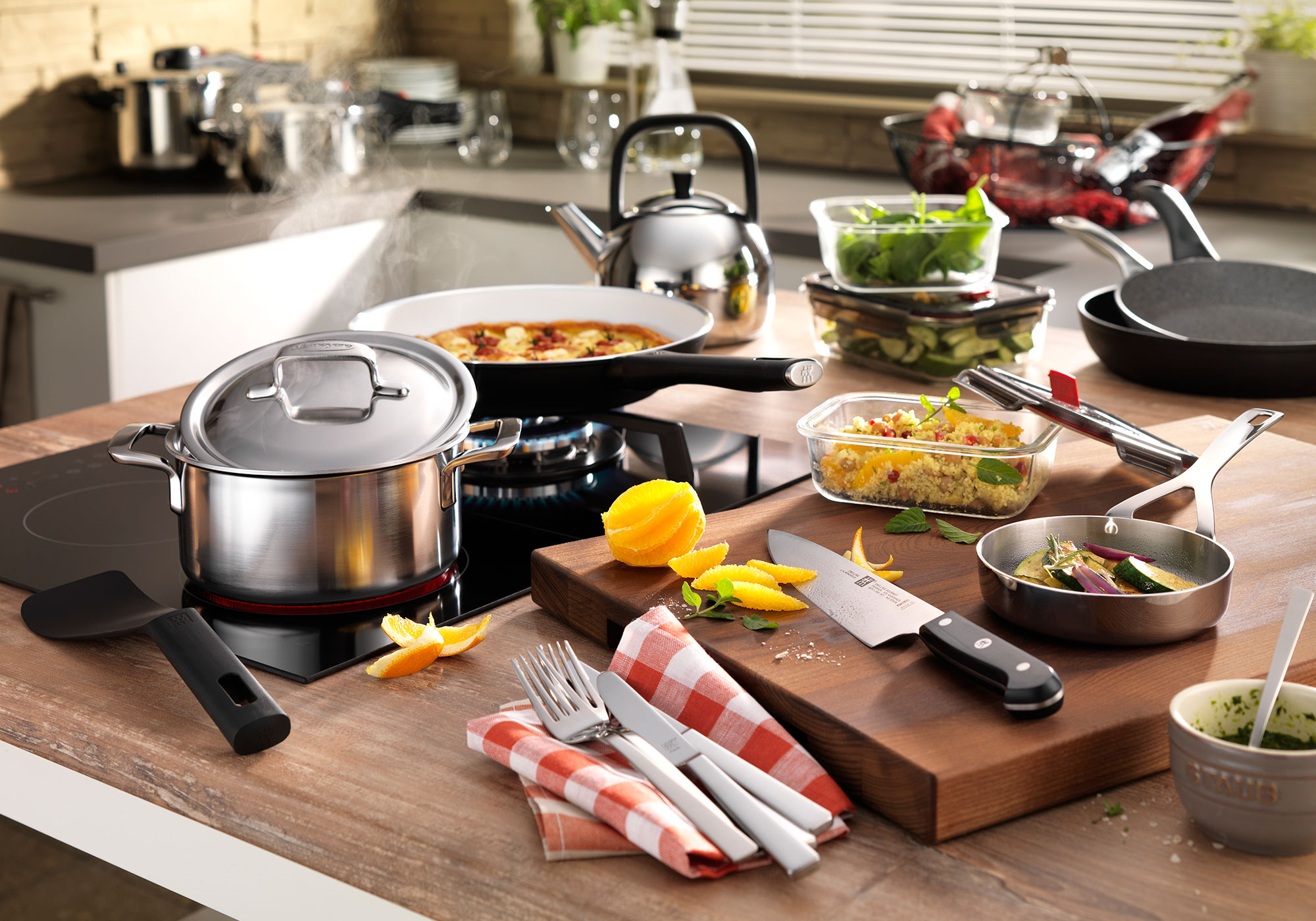 Use & Care
USE AND CARE YOUR COOKWARE – IT’S A PLEASURE