SKIP TO MAIN CONTENT
Free Shipping on orders above $99
Search

Home About Us
ZWILLING J.A. HENCKELS – THANK YOU, PETER Way back in 1731 Peter Henckels had the idea to register the ZWILLING trademark with the Cutler’s Guild of Solingen, Germany. A brilliant idea, in our opinion. Because that makes ZWILLING one of the oldest brands in the world today. And Germans are well known for their love of traditions. So thanks for that.
Jump To :

Imagine looking back on a brand history of 290 years, in which you absolutely want everyone to participate. But at the same time you are a modern, future-oriented company, where everything revolves around future cooking trends and technologies. Both parts are very important. So we'd like to tell you about both parts separately, but let's start from scratch.

On June 13th, Peter Henckels not only registers his new company, but also ZWILLING as a trademark. This makes ZWILLING one of the oldest brands in the world.

The first subsidiary is opened in the USA. 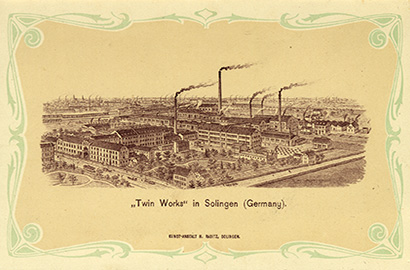 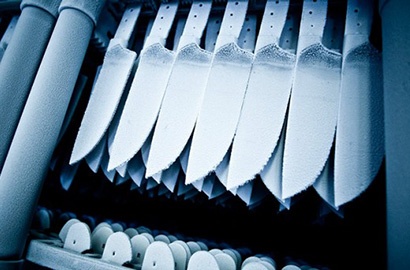 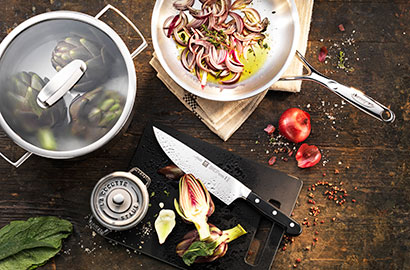 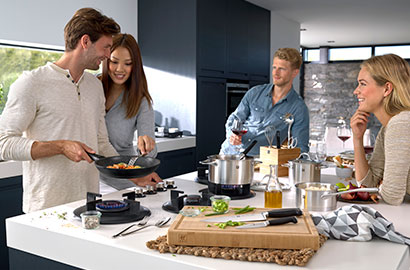 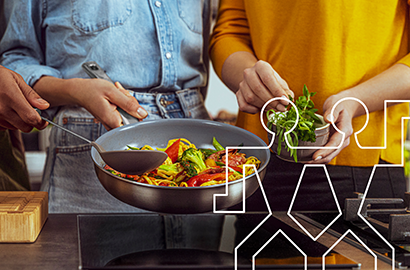 We have been connecting people through the joy of cooking for 290 years. With high-quality products, innovative new products and inspiration for the kitchen, we lay the foundation for cooking with passion. Thanks to our long tradition and ever-increasing range of products, we have the know-how to keep inspiring you, even after all these years. 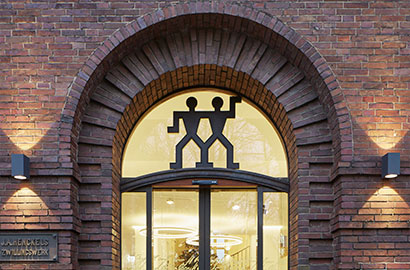 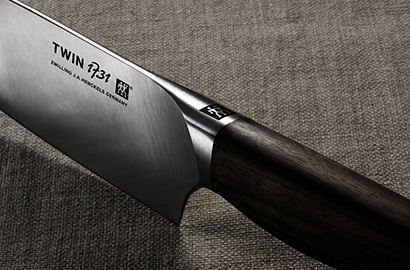 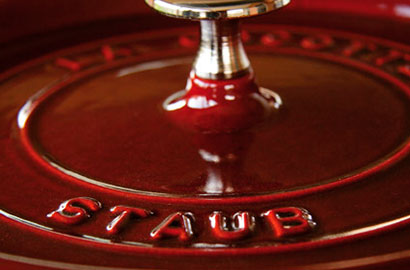 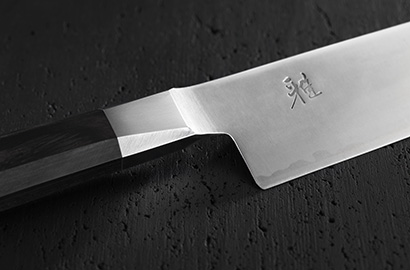 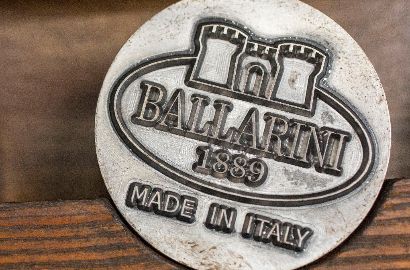 WE DO WHAT FAMILIES DO BEST – WE CARE

ZWILLING Care was founded to help people that had a rough start in life. We support projects all over the world with a focus on educating, training and integrating children, young people and adults with disabilities. With continued support and long-term funding they are able to achieve more independence and social participation – throughout their entire lives. 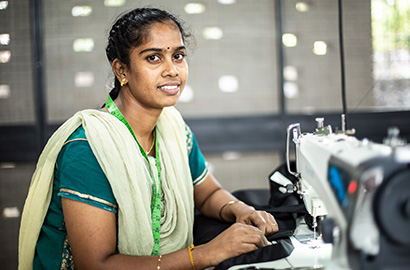 In India it is not self-evident that everyone has the opportunity to learn a trade. We wanted to change that by starting an initiative for young people with disabilities in the southern Indian town of Pondicherry. Because a job is not only a job, it’s a future. Click for more information.

Money can’t buy love, but it can help you to spread love. In 2015 we came up with this sponsorship program. With this program we are not only supporting 25 disabled children during school hours, but organizing professional follow-ups and regular doctors checks and provide surgical interventions or handicapped-accessible equipment like hearing aids, toilets for the disabled, wheelchairs or whatever is needed. Click here to learn more. 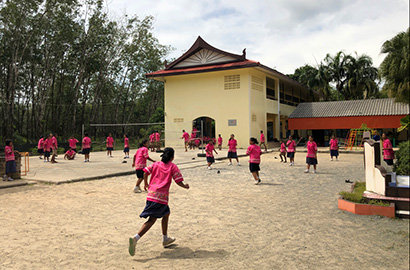 In 2004 a tsunami destroyed the Chao Thai Mai School in the Phang Nga Province in Thailand – and the chance of education for all the kids that used to attend this school. Along with the Heinecke Foundation we helped to rebuild it. Today the school is back and so is the kids’ laughter. Disadvantaged children receive targeted support. 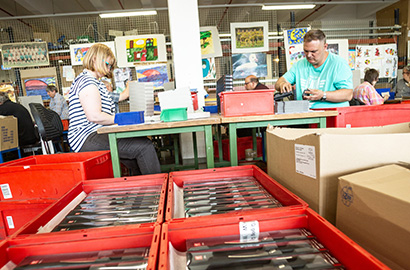 COOPERATION WITH WORKSHOPS FOR THE DISABLED

Inclusion is just a word. But as soon as you make it your everyday mission it becomes something really great. We started this mission over 20 years ago and are more than happy about the things we have achieved. Over 70 disabled employees are part of the ZWILLING team in Solingen/Germany, about 20 young workers are included in our logisitics in Merville/France and over 50 disabled employees work with us in Albacete/Spain. And we couldn't be prouder of every single one of them.

ZWILLING PLUS - WE ARE MORE

A successful company has a lot in common with a great recipe: The better the ingredients, the better the result. In the case of ZWILLING, those “ingredients“ are the people that work with us. And for the best results we add some really special “spices“.

We love families. And we want our employees to see their loved ones as often as possible. Therefore we enable a balance between work and life and offer special health and sport programs.

Willkommen. Welcome. Bienvenue. Velkomin. No matter where our employees come from, we are happy that they are part of our success story. Because we embrace diversity and love to work across borders. No matter if they are real or just in some people’s heads.

Our employees are the best. Period. But sometimes they think that they can get even better. In this case we are happy to help. With individual career and development plans and a wide range of seminars.

We mentioned it earlier, but we just can’t say it enough: our employees are part of our family. So whenever it’s possible we want to spend time together. At company events, after-work-parties or athletic activities. 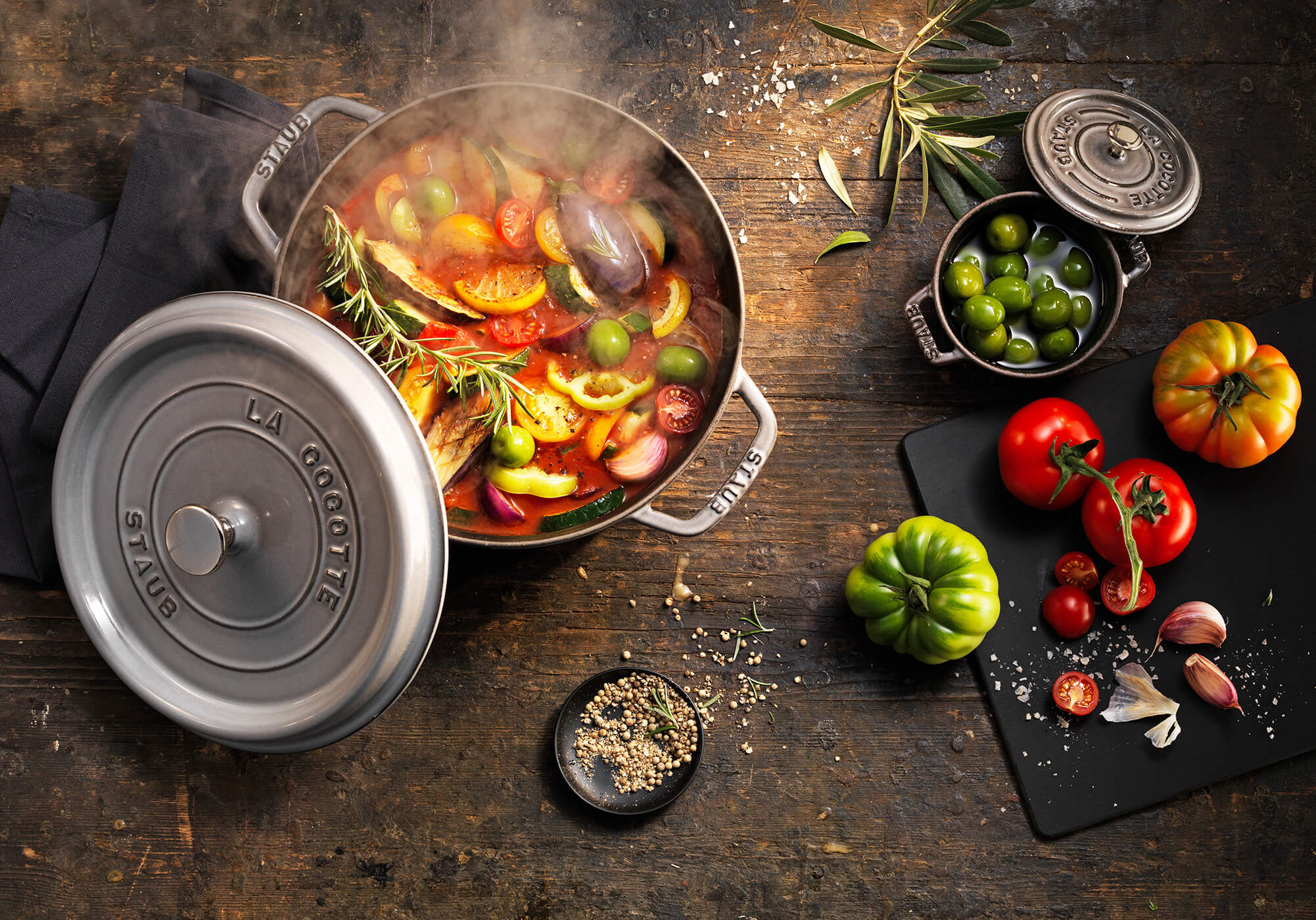 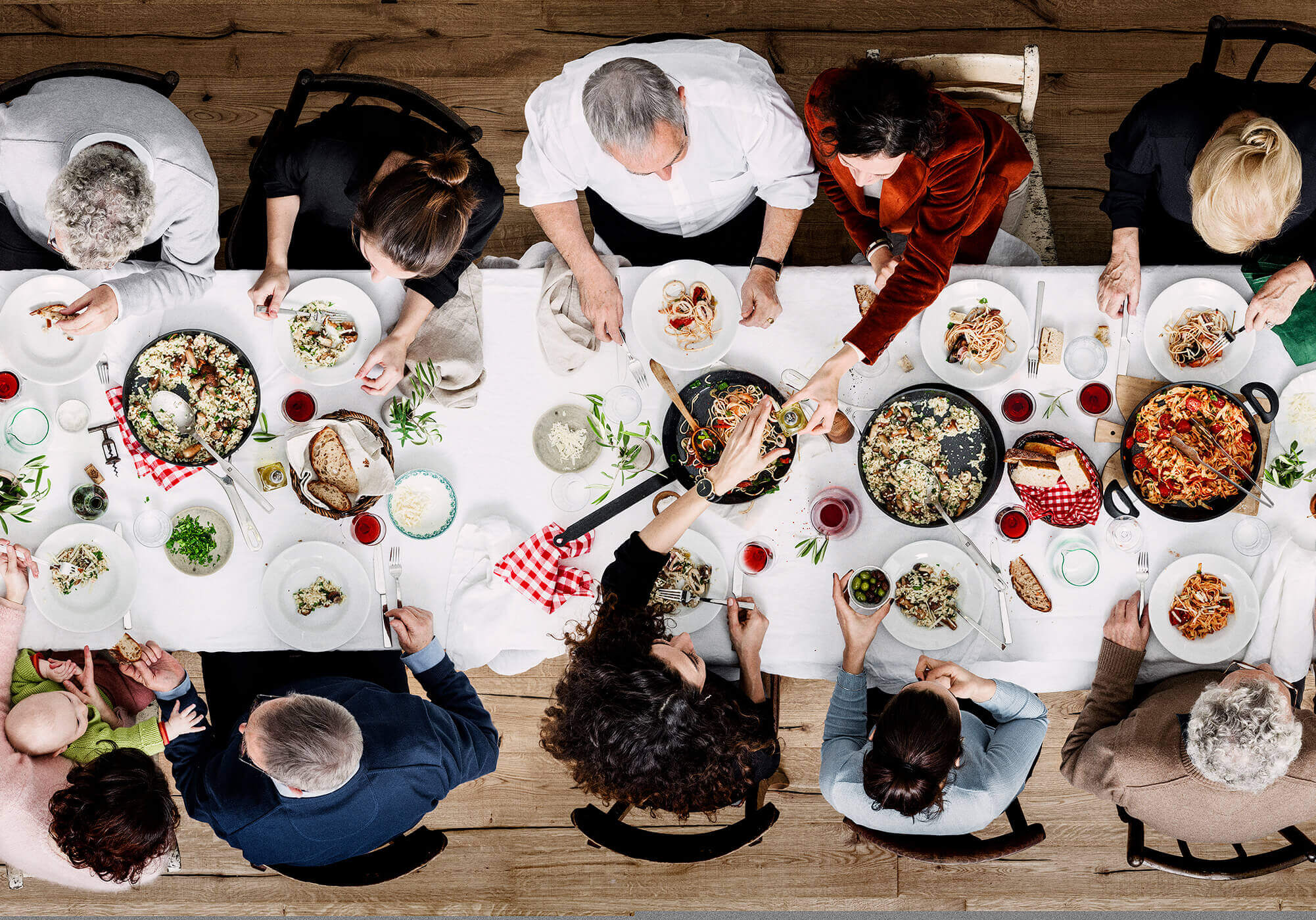 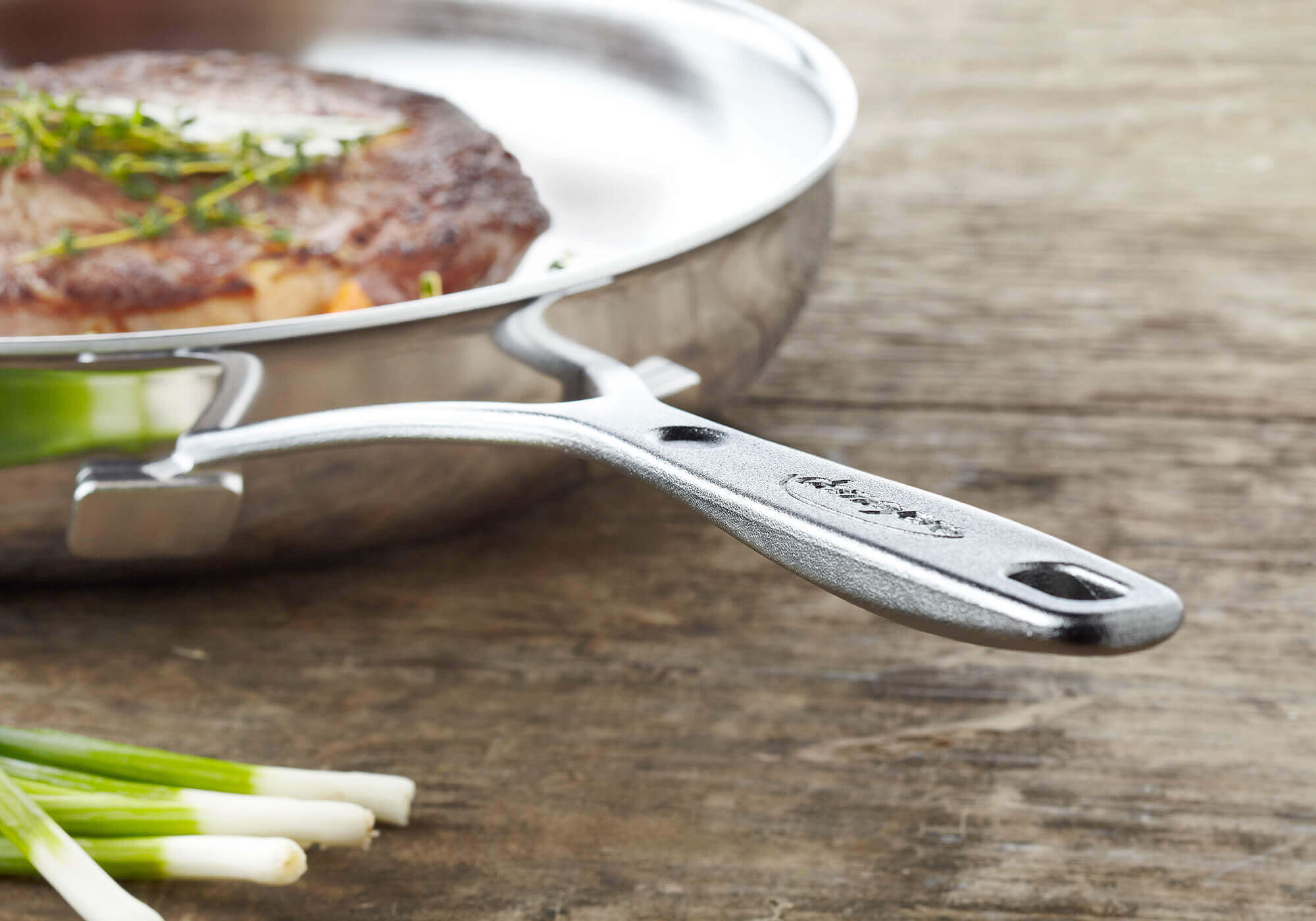 How it's made
CRAFTED IN THE CITY OF BLADES – MANUFACTURING KNIVES
Please Select Your Location
zwilling.com/us
zwilling.com/ca
View All Locations
Added to basket View basket checkout